The Various Benefits of Contractual Agreements 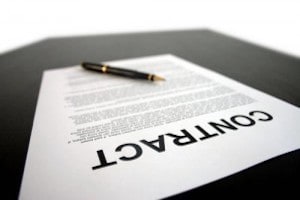 It is a bit of a misconception that a contractual agreement is simply a written agreement which both parties have to sign. In actuality, a legally binding agreement can also be made verbally, which you means that you need to be very careful about what exactly you’re agreeing to.

In order for a contract to qualify as a contract, you need recorded evidence of both parties agreeing to the deal, and importantly, you need evidence that the clauses of the agreement were clearly described beforehand. If one of the parties of a contractual agreement isn’t aware of all of the clauses because they were given no opportunity to review them, then, if that is proven in court, the contract will be null and void.

The benefits of this system is that it helps to regulate commercial interests and instil a sense of ethics within the interactions between those with competing interests. While both a verbal and written agreement are capable of gaining these benefits, written agreements have a number of benefits besides this.

While not technically limited to written agreements, most complex legally binding deals will be written contracts. This is because they can be increased in scale a remit far more easily due to the greater ease of reviewing and adding additions for both parties.

Contact Us
Practice Areas
Client Reviews
★★★★★
"Consistently delivers results. Glenn Stern has helped on numerous occasions: he saved me from various legal perils by consulting on legal matters. Glenn has also helped out at least twice by representing me in court, each time, the outcome has surpassed my expectations. Highly recommend.” Mark
View More
Submit a Law Firm Client Review