Welcome to Stern Defense, a website we've created to provide useful information regarding common legal concerns for personal injury and criminal legal cases
Contact Us Now Free Consultation
Home
Articles
Seek a Lawyers Opinion on Any Contract Before Signing It

Seek a Lawyers Opinion on Any Contract Before Signing It 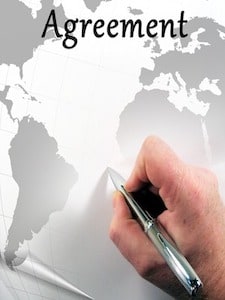 A legal contract, which defined as a legally enforcible agreement, is used to add a level of security to any agreement made between one party and another. You usually see them when in relation to a financial deal, but it can also be used for other situations  such as lawsuit settlement. This also means that you will find a contract at the centre of any financial deal of a significant size, such as with the purchasing/sale of a home or the selling of shares in a private company.

You want to acquire the services of a lawyer before you sign any contract except the most standard business to consumer deals (like for a phone contract or ISP deal, which millions of others will have signed), as although you still want to read those as well and research the clauses, they tend to be very similar contracts across the whole industry. For the more serious legal documents, such as large financial deals, paying for a legal review by a lawyer can help you to understand what your and the other party’s legal responsibilities are, which will in turn ensure that the chance of you getting caught off guard, potentially to disastrous results, are greatly reduced.

Contact Us
Practice Areas
Client Reviews
★★★★★
"Consistently delivers results. Glenn Stern has helped on numerous occasions: he saved me from various legal perils by consulting on legal matters. Glenn has also helped out at least twice by representing me in court, each time, the outcome has surpassed my expectations. Highly recommend.” Mark
View More
Submit a Law Firm Client Review